However, the mentioned situation could somehow make the people doubt – which path would make them pay the least? Of course, it would be nonsense if they have to waste their time, calculating the time taken to go from location A to location B, for every possible path.

Moreover, Thailand is a country where a number of tourists come to visit when they are exploring the Bangkok city, most of the time they need to use Public Transports, especially BTS, MRT, or ARL. Undoubtedly, tourists would not know how, if they want to go from location A to location B. They need some guidance. This is the last main problem that we would like to point on.

According to the aforementioned problems, our team members have developed a system named ​SmartTransit ​to tackle all of them. The system would be implemented using Prolog from our AI course, and Python for the user interface. We would be using A* search, as it is optimal and complete, it is capable of giving the best route. 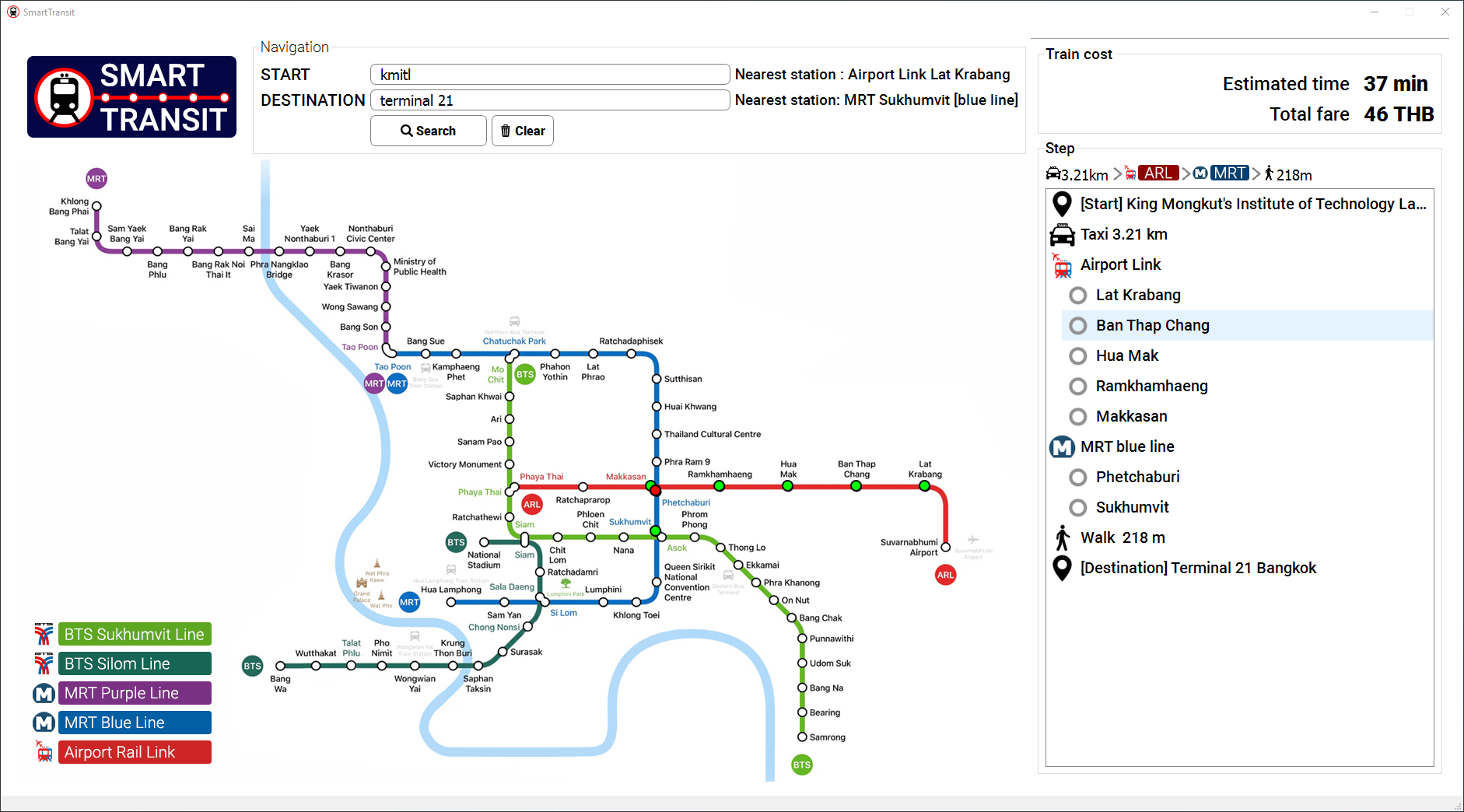